Why was the Spanish Peso more valuable than the U.S. Dollar? How did a public relations fiasco derail Cuban statehood? Would we remember Herbert Hoover as the Jeff Bezos of his time had he been elected eight years earlier? If these don’t sound like questions you heard in history class, you’re right. They’re not. These are the questions you ask when you look at presidential history through the eyes of an advertising executive. But Jason Voiovich isn’t your typical “Mad Man.” His penchant for asking weird questions has earned him a reputation as one of marketing’s most original thinkers. He’s turned his unconventional eye on the conventional wisdom of presidential history. In 45 fast-paced chapters, he retells the story of America through the eyes of it most influential salesperson – its president. America’s Marketer in Chief.

Jason reconsiders the president’s role in American life – in fact, the entire idea of America as a nation – from a tantalizing and fresh perspective. He recasts the president as a brand manager of the American idea, much as Henry Ford shaped the development of the automobile, or as Steve Jobs introduced the world to the smartphone. No less than the Model T and the iPhone, America itself is an innovation in government and culture. Jason takes us on a wild ride through the lifecycle of America – from its first introduction, though its rapid growth, and finally, into its disruption and renewal. He reimagines Thomas Jefferson’s Louisiana Purchase as a family board game. He solves the riddle of how Calvin Coolidge forged the link between religion and politics. And he shows us why Barack Obama’s presidency marked the end of the era of (human) soldiers.

Born from the wildly popular weekly blog in 2020, Marketer in Chief repackages presidential history in a way that’s more natural for Americans consumers – the average person might take a history course in high school or college, but we make a purchase every single day. It’s irreverent, occasionally foul-mouthed, and surprisingly insightful. Who knows? Once you know how you’re being sold, you might demand a better product. 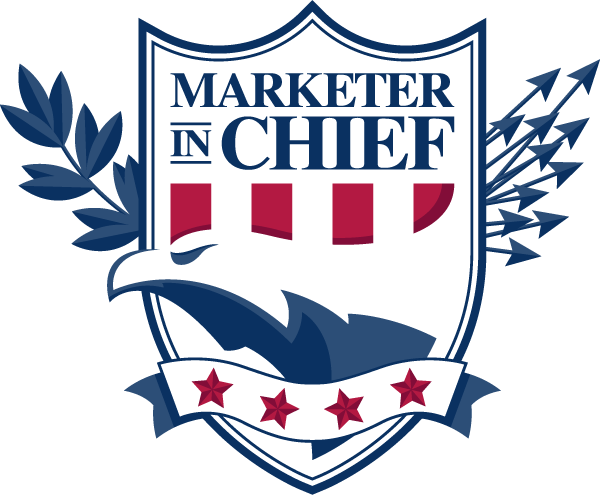