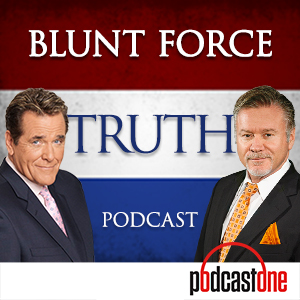 Mark Young is an advertising person like me, so we could geek out on the psychology behind how we’re all “sold” – and especially the idea that we should be thinking about buying “ideas” and “news” in the same way we buy products and services – in short, much more critically than we do.

Chuck is out for today’s episode, but Mark has us covered. Mark wants us to pay attention to history – places like the old USSR, N. Korea, all these places….if you look at where we are now, you can see how close we are to tipping over there. Being American is a philosophy, it’s a way of thinking. What made America so unique in the history of the world, is that we have a set of laws that is built on the premises that the individual is more important the the groups rights. That’s why we are a constitutionally limited Republic.

Even the Founding Founders themselves said that democracy was the most vile form of government ever. They knew how fragile this could be. When we look at socialist, Marxist, Communist countries, pay attention to the “hallmarks” of these places. Reductions in personal freedoms, rapid inflation, personal freedoms going away, a lack of goods and services, people not going to work, and living off the government.

Mark introduces our guest Jason Voiovich. Jason weighs in on what Mark talked about in the opener. The reality Jason says, people make emotional decisions first, and then back them up with facts. The mainstream media has taken the notes from advertising, and really use programming to keep people watching more and more horrible news all day long.